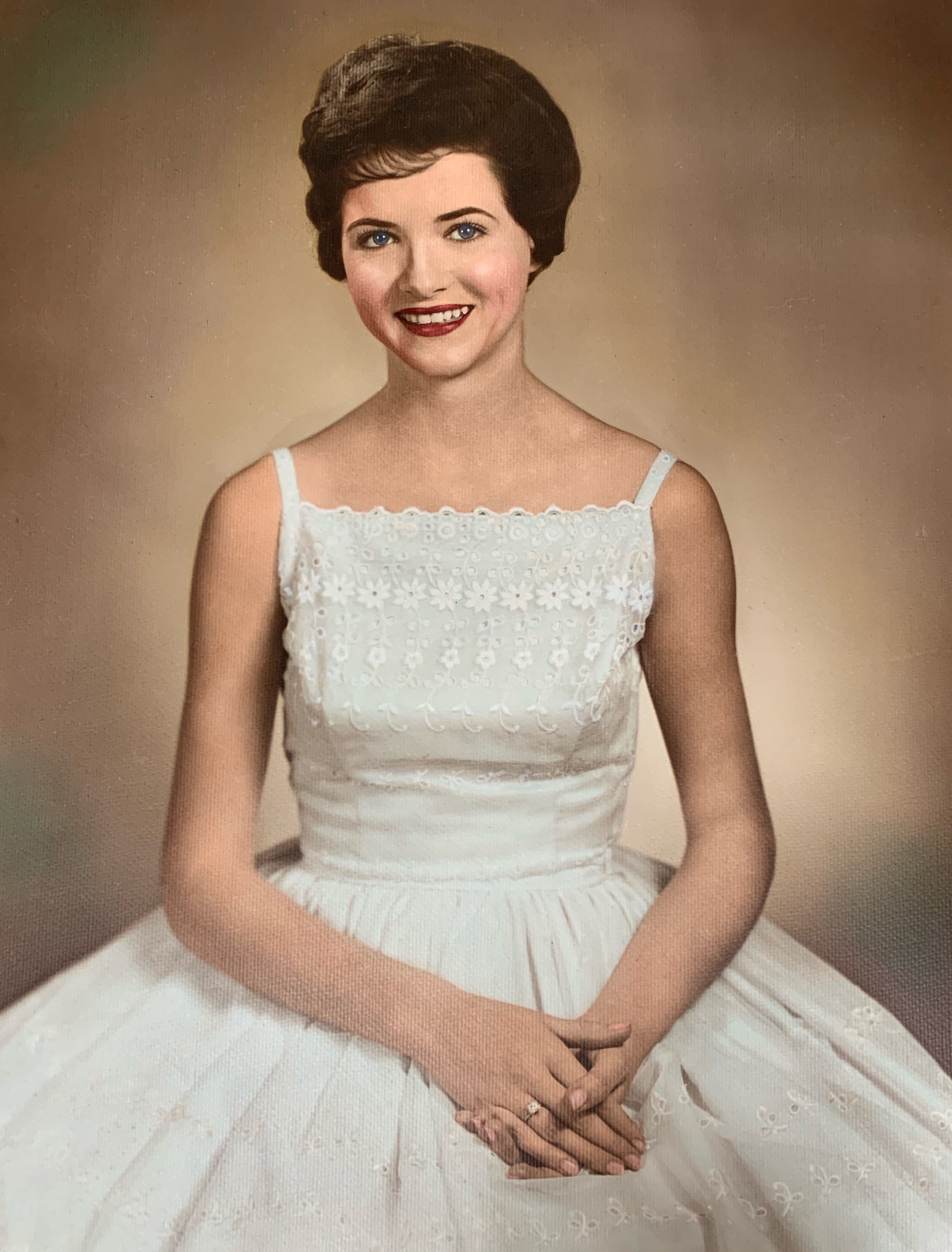 Bonnie attended Greenwood High School before attending Lander University where she obtained her Bachelors of Science. She became a Medical Technologist and ran the blood bank at the County Hospital in Raleigh, NC.

Bonnie's passion and delight was her family. She married her high school sweetheart, John William Bridges (Joe) and celebrated their 56th wedding anniversary on August 13th. She is survived by three children and six grandchildren:

Bonnie is also survived by her brother, Chip Crawford and his wife, Debbie.

Bonnie's parents were Helen and Berry Wilbur Crawford. Her step-parents were Gladys and Olin (Buck) Lawson.

Bonnie Bridges was a devoted wife and mother. She loved Jesus and prayed often for her family and friends. She also enjoyed her Golden Retriever Sandy, classical music, designing gowns for her daughters' concerts and proms, sporting events, key lime pie and long rides on the beach with her husband in his Mustang to get a cheeseburger. She supported the military, especially the Air Force, as her husband and son both served their country.

Donations may be made to the Alzheimer's Association at http://www.alz.org in lieu of flowers.