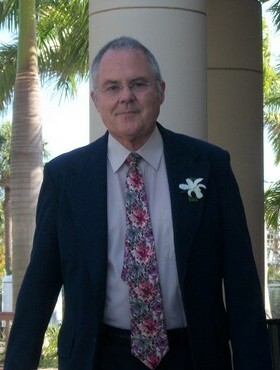 Michael J Schmidt , 81 , of Pinellas County, FL passed away November 22, 2021. He was born on April 19, 1940 in Stettin , Germany to John A Schmidt and Hildegard M Schmidt (Witek). He was the oldest of ten children in his family. The family immigrated to the States in 1952. He was naturalized when he was 18 years old. He attended the Josephinum Seminary from sixth grade through college. When he was 22 years of age he joined the U.S. Air Force where he served his country for 6 years. On January 2, 1965, he married the love of his life Barbara (Geiger) Schmidt in Michigan. They have three children, Steven John Schmidt born in 1965, Susanna "Susie" Marie (Schmidt) Fulton born in 1970, and Michele Anne (Schmidt) Lang born in 1974. In 1979, the family moved to St. Petersburg, FL. Michael worked 29 years at the Juvenile Welfare Board of Pinellas County where he retired in 2008. He was completely devoted to his family and they will dearly miss him. He was preceded in death by Grandson Matthew, and siblings Barbara Bohland and Thomas Schmidt. Michael is survived by his wife of nearly 57 years Barbara (Geiger) Schmidt, his three children, Steven John and wife Kasey Schmidt, Susanna "Susie" Marie and husband Michael Fulton, and Michele Anne and husband Joey Lang, Grandchildren Steven, Kristina and husband David Clay, Dylan, Noah, Patty B, Nicolas, Jake, and Jena, great-grandchild Aero, and siblings Monika Aylward, Maria Spiess, Felicitis Erdmann, John Schmidt, Christopher Schmidt, Bernard Schmidt, and Theresa Franklin, and sister-in-law Clema Kay Przemytski. The family will receive friends at Reese Funeral Home on Saturday November 27, 2021 from 2:00pm with Funeral services to follow at 3:00pm. A Graveside Service will be at Florida National Cemetery on Monday November 29, 2021 at 11:30am.