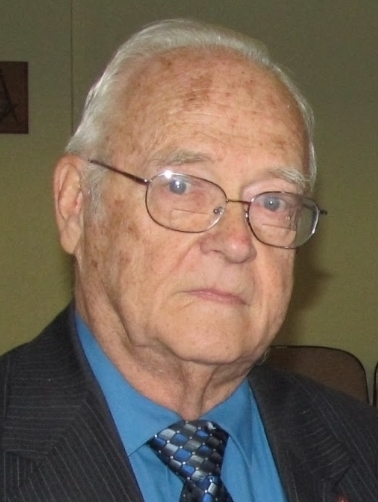 Nils Peter “Pete” Bengston was born on May 28, 1934, in Springfield, MA. He passed away under the compassionate care of Woodside Hospice on July 16, 2022.

After Pete graduated from St. Pete High in 1953, he worked for the FBI in Washington, D.C., where he met his wife. They married in St. Petersburg in 1958. They settled on Coquina Key in St. Petersburg, and then moved to Seminole in 1965, where they raised their family.

Pete joined the US Army Reserves while in DC and continued his service for several years after moving back to Florida.

Pete was the head of security at the General Electric Plant on Bryan Dairy Road. After 32 years, he retired from GE, and he and Fay purchased Seminole Florist.

After 14 years, they sold the flower shop and officially retired. Pete and Fay spent their time enjoying cruises to various places, including Key West, the Bahamas, Alaska, and Europe.

As his children were growing up, Pete could always be found umpiring/refereeing various baseball, football, and basketball games from little league through high school, and some pro and semi-pro ball. In later years, Pete enjoyed attending Rays and Lightning games.

Pete was a former member of the Seminole Kiwanis Club, former Seminole City Council member, and former Vice Mayor of Seminole. Pete was a Master Mason - Gulf Beach Masonic Lodge No 291, and a member of Scottish Rite and Egypt Temple Shrine.