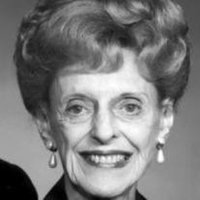 Eleanor Reese Morse Dali Museum Co-Founder October 21, 1912 - July 1, 2010 Eleanor Reese Morse, who, together with her late husband A. Reynolds Morse, founded the Salvador Dali Museum in St. Petersburg, Florida, passed away at her home in St. Petersburg, Florida on Thursday, July 1, 2010. She was ninety-seven. The daughter of Cleveland pharmaceuticals manufacturer George Reese, Mrs. Morse was born in Cleveland, Ohio, where she attended Hathaway-Brown School for Girls. She received her Bachelor of Music degree from Rollins College in Winter Park, Florida, and she continued music studies at the Accademia Chigiana in Siena, Italy. She later earned a Master's degree in French and Spanish from Case Western Reserve University. The Morses were married on March 21, 1942. Several weeks before their wedding, they visited a traveling Dalí retrospective at the Cleveland Museum of Art organized by the Museum of Modern Art in New York and became fascinated with the artist's work. On March 21, 1943, the Morses bought their first Dali painting—Daddy Longlegs of the Evening, Hope! (1940) as a belated wedding gift. This was the first of many acquisitions, which would culminate 40 years later in the preeminent collection of Dalí's work in America. On April 13, 1943, the Morses met Salvador Dalí and his wife Gala in New York initiating a long, rich friendship regularly visiting the Dalís's villa in Port Lligat, Spain. Mrs. Morse's linguistic background made her instrumental in translating and disseminating Dali's writings and ideas to a wider audience. Her translations include works by and about Dalí, including Dali de Draeger (1968), The Tragic Myth of Millet's Angelus (1986), Salvador Dali: The Work the Man by Robert Descharnes (1984), and numerous other writings. Mrs. Morse's contributions to the literary and artistic fields led Rollins College to confer a Doctorate of Fine Arts upon her and subsequently honored her with the Medal of Distinguished Alumna of the Year. Twice decorated by the French government, she received the Chevalier de l'Ordre des Palmes Academiques for her scholarship and the Chevalier de l'Ordre de Palmes National du Merite for spreading French culture abroad. Mrs. Morse was the past President of Le Cercle de Conferences Françaises de Cleveland and the past President of the Federation of Alliances Françaises in the United States. By the 1960's, the collection had outgrown their house, and the Morses decided to build a museum on a wing of their Injection Molders Supply Company, which they founded in 1949 in Beachwood, Ohio, a suburb of Cleveland. In March of 1971, the museum opened in Beachwood with Dalí himself presiding over the festivities. In 1979 the Morses began a nationwide search for a new museum home for this sterling collection. Community leaders approached Mr. and Mrs. Morse with an attractive offer to establish a permanent home for the collection in St. Petersburg. The Salvador Dalí Museum opened in St. Petersburg, Florida, on March 7, 1982. In 1997 The American Benefactor placed the Morses in the 100 Most Generous Americans for this gift. In recognition of her scholarly efforts, in 1989 by order of King Juan Carlos of Spain, Mrs. Morse received the Lazo de Dama de la Orden de Isabel La Catolica (Cross of the Officer of the Order of Isabella the Catholic). This knighting is the highest honor the Spanish government can bestow upon a non-Spanish citizen. On January 11, 2011, a new Dali Museum designed to protect the collection and double the space of the current building will open to the public, offering testament to the Morses' vision and the enduring appeal of one of the twentieth century's most popular artists. Mrs. Morse is survived by her son Brad Morse, Brad's wife Mary Ann, and two grandchildren, Gregory and Tracy.