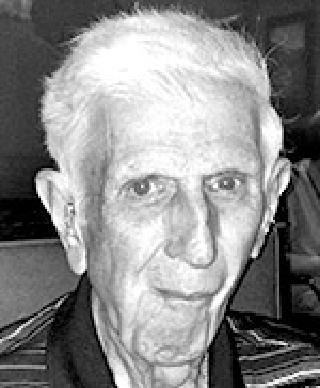 NICHOLLS, Edgar P., died Saturday, July 28, 2018 at Largo Medical Center. He was just under two months shy of his 90th birthday. Ed lived a full and accomplished life. He was born September 22, 1928 to parents Edgar and Minnie Nicholls. He attended two years of college at Penn State before enlisting in the Air Force and serving his country during the Korean War. After his discharge from the military, Ed and his family settled in Delaware. He had a decades-long career working in civil service as a Quality Assurance Specialist, , and retired in the early 1990s. He continued to work part-time to keep himself busy until the last few years of his life. Ed moved with his wife, Roberta to Florida in 1997, first living in The Villages, and finally moving to Seminole in 2012 to be closer to family. Ed lived with his wife until 2013, when she was placed in a nursing home. He lived independently from that time on and enjoyed good health and vitality until shortly before his death.

Ed will be remembered for the very special person that he was. He was a kind man, soft-spoken and gentle. He was tall, with dark blue eyes and a head of hair that stayed thick and full until the day he died. Ed had many hobbies: he liked to paint, to build grandfather clocks, to play golf, and to travel as time allowed. He had a corny sense of humor and loved telling silly jokes. He had many, many stories, some of which were repeated more than once in later years but were always entertaining, even when told for the 20th time. Ed was hard of hearing from a young age, due to the work he did in the Air Force. He wore hearing aids that worked only some of the time, and thus he became good at reading lips. He was also an expert at surreptitiously turning his hearing aids off when he wanted some peace and quiet. Ed loved food. He loved to think about food, and talk about food, and cook food, and definitely loved to eat food. He loved salt and salted every meal he ate before he tasted it, as nothing was ever salty enough for his palate. He also loved sweets and stashed candy, cookies, cakes, and the like in all his kitchen cupboards, in his oven, in the pockets of his recliner - any place he could hide a treat he would do so. He carried a little extra weight for most of his life, which in his senior years became a soft cushion for his grandchildren to hug. He had a laugh that made everyone smile. He was a dedicated husband, who took care of his wife after she was disabled in 1991, and who visited her twice a day, every day without exception, after she was placed in a nursing home. But most of all, Ed was a fighter. He faced the adversity of his last few months with a determination and stubbornness that helped him overcome more than a few health obstacles. He never complained about his situation and he always maintained a glass-half-full mentality, up until the very day he passed away.

Ed leaves behind a loving family: his wife, Roberta; four daughters, Sharon, Lois, Kathy, and Jackie; five sons-in-law, Barry, Dave, Jim, Andy, and Eric; 10 grandchildren, seven great-grandchildren; and his faithful companion, Popcorn. He was predeceased by his parents; two sisters, Lois and Jean; and his youngest daughter, Peggy. He will be greatly missed by all who had the fortune of knowing him.

To send flowers to the family or plant a tree in memory of Edgar Nicholls, please visit Tribute Store
Print
Thursday
9
August