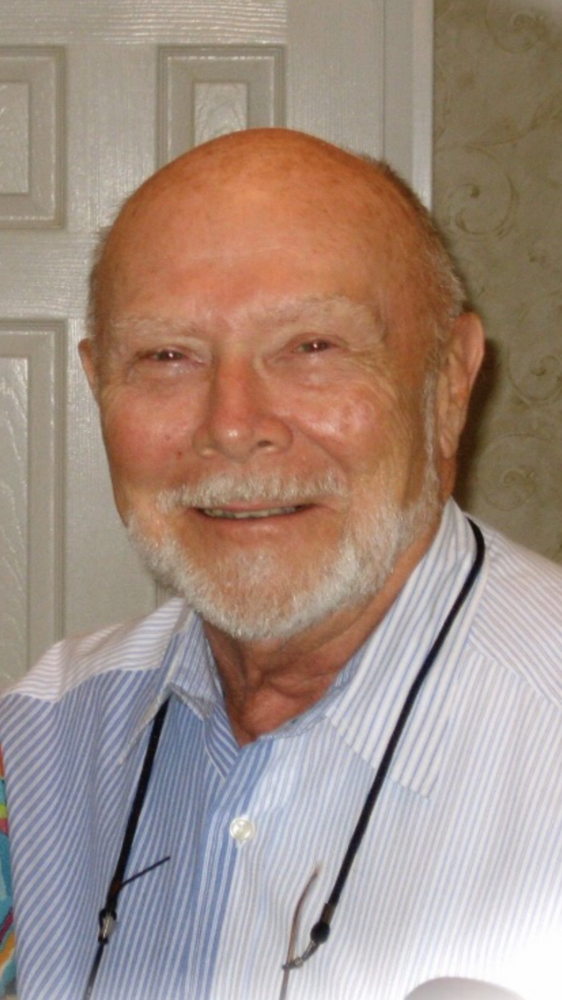 .Charles “Chuck” W. Dunlop, aged 91, passed away peacefully on Wednesday, March 20, 2019.  He was born on April 2, 1927 in Buffalo, New York, to William and Dorothea Dunlop.  He served in the Navy during WWII, and later graduated with a BS from Buffalo University.  He married Joan Hilburger, and the couple was blessed with 5 children.  He later married Elizabeth Ryerson Dunlop, who would remain his faithful companion for over 43 years. Chuck enjoyed success as an executive with the New York Telephone Company, and later with AT&T, until his retirement in 1984.  An active youth advocate and mentor, he established local Alateen groups within the Pinellas Park High School system, which at one point grew to over 20 active groups and improved the lives of a countless number of young people over many years. He was an active member at Aldersgate Methodist Church, participating in many of the programs there.  In addition, Chuck was devoted to the spiritual practice of Centering Prayer and the teachings of Father Thomas Keating.  He lived a full and active life, enjoyed simple pleasures, and was known for his kind and gentle manner and his willingness to offer unconditional love and support to those in need.  He had an uncanny ability to reach people in a deep and positive way.  He is survived by his loving family, children Kathy, Jim, Bill, Mary and Patty, and stepson John, along with many beloved grandchildren, nieces and nephews and a great number of lifelong, devoted friends.  Family, friends and others whose lives Chuck has touched are invited to attend a memorial service to be held at The Lake Seminole Square community located at 8333 Seminole Boulevard, in Seminole, Florida at 11am on Monday, March 25, 2019.

To send flowers to the family or plant a tree in memory of Charles Dunlop, please visit Tribute Store
Print
Monday
25
March