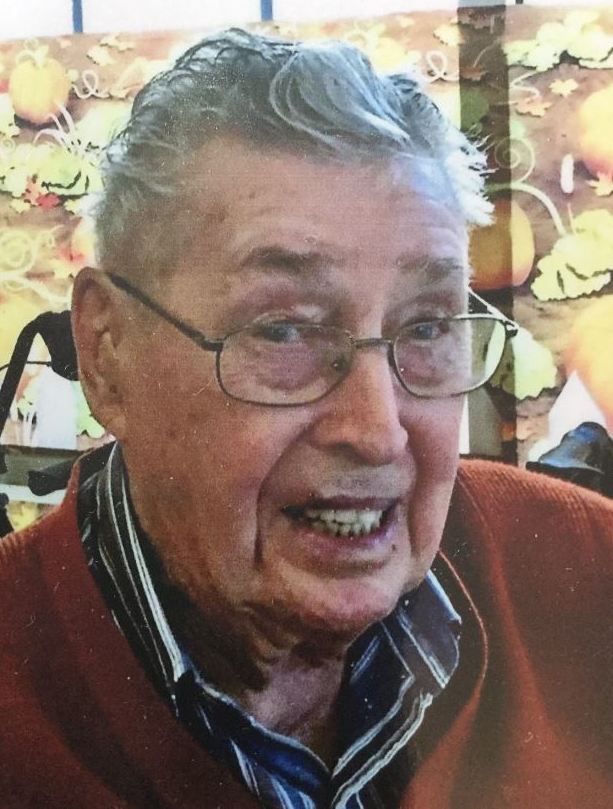 John L. Sapp, 99 of Largo, Florida, passed peacefully in his sleep after a brief illness on November 3, 2019 at ManorCare Center in Dunedin, Florida. Born and raised in Middletown, Illinois, John completed his Master's degree in Educational Administration at the University of Illinois. He was preceded in death by his parents, Vincent and Elizabeth Sapp; brother Wayne Sapp; sister Dorothy Hinds; nephew Edward Sapp; brother-in-law Red Hinds; Sister-in-law Chloe Sapp. He is survived by his daughter Rae Nix; son-in-law Gary Nix; grandsons Brian Nix and Bradley Nix; granddaughter Rebecca Ferwerda; great-granddaughters: Krystal, Kaylin, and Samantha; great-grandson Lachlan; nephew John R. Sapp; and niece Lois Olson. He was the eldest of the five generation family. John got a great deal of joy out of teaching agriculture and science. He served as the principal of the New Holland High School and later as the District Superintendent. John served in General George Patton's Third Army during WWII. He received a Bronze Star for his gallantry under fire and a Purple Heart when he was wounded in action. John was an active member of the American Legion. He served in the Honor Guard of Post #273 (Madiera Beach). As a member of the Honor Guard, John provided military honors to his brothers in arms at their burials in the national cemetery at Bay Pines. He was a true American patriot. John was of clear mind his entire life. He enjoyed the mental challenges of Sudoku puzzles. He took great pride in doing his own income taxes every year. In retirement, John taught himself how to play the harmonica and played in a dance band. John was a devoted husband to his wife, Irma, and they enjoyed 75 years together. They retired from the cold winters of Michigan and moved to Florida. They are both interred at Bay Pines National Cemetery in Pinellas County, Florida.

Share Your Memory of
John
Upload Your Memory View All Memories
Be the first to upload a memory!
Share A Memory