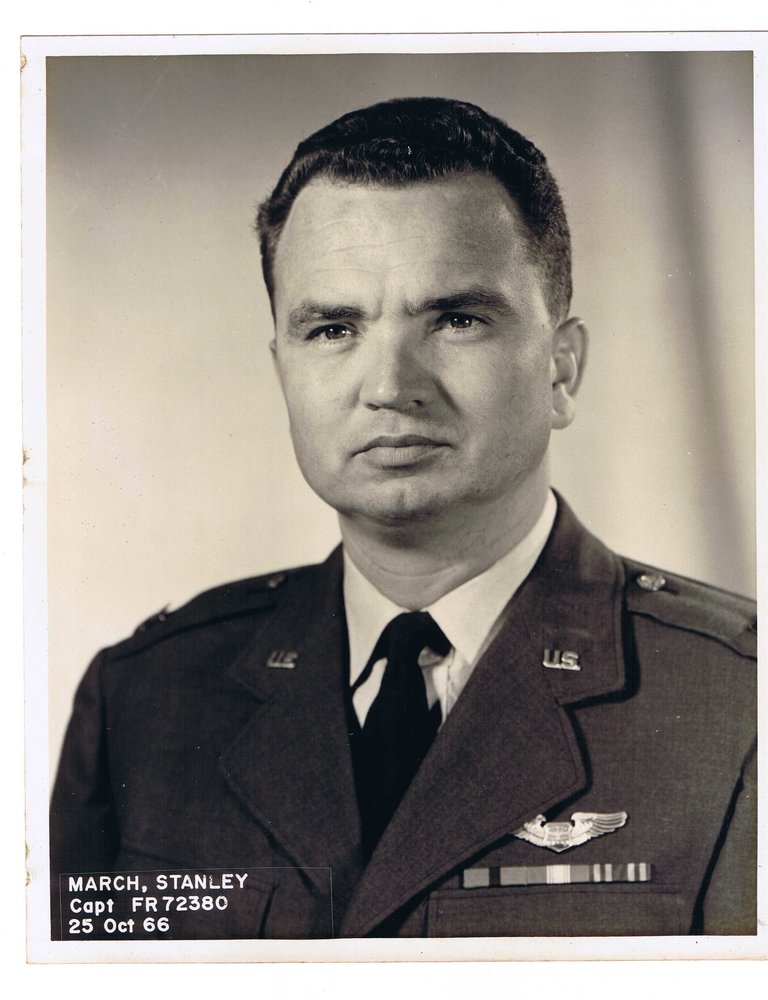 Stanley March (Marczynski) 86, born in Przemysl, Poland passed peacefully into eternity with Christ, at home under Suncoast Hospice Care (Pancreatic Cancer) with his daughter, Dr. Suzan March by his side on April 24, 2021. He is preceded in death by his father Micheal Marczynski (Katyn Massacre, 1940), mother Stefanja Lach Marczynka (Salem, MA, 1952) and brother Theodore Marcynzki (Russian Concentration Camp, Siberia, 1942). He is survived by his beloved wife Catherine Spirk, 5 children, Stasia March, Sonya March Devine Esq. (Micheal), Stella March Powell M.D.(James), Dr. Suzan March, Stanley Czar March II and 7 grandchildren, Naomi White, Nathaniel White, Stefania March, Sarah Powell, Addison Powell , Madelyn Powell and Micheal Francis Devine. He spent his formative years in a Russian Concentration camp in Siberia during WW2 and Polish displaced persons camps in India, Pakistan, Uganda and Italy before immigrating with his mother to the United States in 1950 and obtained his United States Citizenship in 1956. He enlisted at the age of 17 and served in the United States Marine Corps 1956-1959 with tours in Korea and Japan. Mr. March went through Officer Training School USAF in 1961 and became a Commissioned Officer  in the United States Air Force. He served as an Officer in the United States Air Force from 1961- 1978 during the Vietnam War as a navigator involved in reconnaissance/mapping South America, coordinator/pilot for the Aerospace Rescue/Recovery Center Panama Canal Zone and taught military aviation to several South American military allies. Stanley was also an avid sailor and built a Cascade 29 sailboat which he sailed from Panama to Tampa during July/August 1969 through historic hurricane Camille on his way to duty at MacDill Air Force Base, here in Tampa, Florida . After retiring from the military with rank of Captain, he pursued his passion of sailing with his business Tampa Bay Sail Charters from the downtown St. Petersburg Marina. He taught sailing, rented sailboats, and acted as Captain for his sailboat charters in Tampa Bay.  Mr. March enjoyed working on and building sailboats, hanging out in the boatyard, tinkering with his airplane, dreaming of sailing around the world and enjoyed the company of his many dogs that he had throughout his lifetime.  In his later years he was passionate about American Freedom and the Constitutional Rights of American Citizens enacted by the United States Constitution.  He often spent time reading at the Law Library at the University of South Florida, Bayboro Campus. He will be greatly missed by his beloved family, friends neighbors, aviators and fellow yachtsmen. A memorial service with interment will be held at Bay Pines National Cemetery at 1pm on May 21, 2021. In lieu of flowers, please consider a donation in his honor to the Pinellas County Animal Services Animal Welfare Trust Fund at pinellascounty.org.

To send flowers to the family or plant a tree in memory of Stanley March, please visit Tribute Store