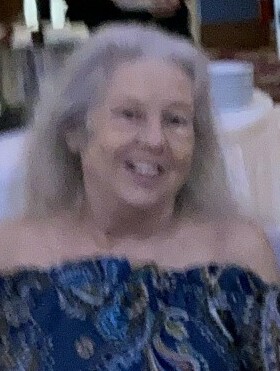 Patti Jo Brooks, 66, of St. Petersburg, Florida passed away October 31, 2021. She was born on March 17, 1955 in Cleveland, Ohio to Edward and Catherine (Toomey) Howells. Patti graduated from Cleveland Heights High School in 1974. Patti would meet her husband Larry Brooks that same summer and were married in 1975. They had their first son, Larry, in Alexandria, VA where she was working for the FBI. Later, they moved to the Chicago area where they had their second son, Tim. While in Chicago, she expressed crafty entrepreneurship. In 2004, she retired from her career and cared for her 6 grand kids. In Patti's later years, she enjoyed the beach, painting, knitting, crocheting, playing and watching her grandchildren.

She was preceded in death by her parents Edward and Catherine Howells, and sister Karen Sturniolo.

The family will receive friends at Reese Funeral on Friday November 5, 2021 1:00pm with Funeral services at 2:00pm. Burial Service will be at Serenity Gardens Cemetery at 3:30pm.

To send flowers to the family or plant a tree in memory of Patti Jo Brooks, please visit Tribute Store
Friday
5
November

Share Your Memory of
Patti Jo
Upload Your Memory View All Memories
Be the first to upload a memory!
Share A Memory
Send Flowers