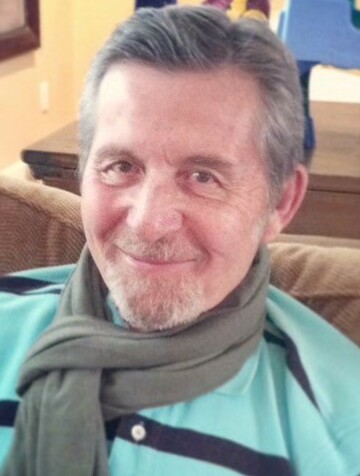 Terry Frederick Burmood, 74, left this world to be with the Lord on January 11, 2022. Terry was born on January 31, 1947 in LaJunta, Colorado, the son of Oran and Ruth Burmood. He graduated in 1965 from Crowley County High School in Ordway, Colorado where he met his soulmate, Karen Ann Nesselhauf. They were high school sweethearts. They both attended Colorado State University. Terry married Karen on December 17th, 1966 at First Presbyterian Church Colorado Springs. They resided in Colorado Springs where they were blessed with three children: Kerri, Holly and Matthew. The family relocated to Seminole, Florida in 1976 where Terry joined his brother, Thorval Burmood in partnership with "Burmood Brothers Painting" as paint contractors. The brothers were fortunate to spend many years of their lives working side by side. A longtime and devoted member of Faith Presbyterian Church now Faith Community Church, Terry served as a Deacon, and he and Karen participated in many Bible study groups. Terry volunteered at the Good News Club helping to lead elementary aged children to the word of God. Terry and Karen loved traveling the West but most of all treasured time with their three children and six grandchildren in Florida. Terry loved nature, animals and working in his yard. He enjoyed landscape painting and was proud of his depictions of the American West. Terry had a sweet, gentle nature and was a faithful servant of Christ. He was a loving husband, father, grandfather, and friend. Terry's greatest joys in life were his faith and his family. Terry was predeceased by his parents, Oran and Ruth Burmood. Terry is survived by his wife of 55 years, Karen; his two daughters, Kerri Rene Kramer (husband Kevin) and Holly Beth Kahn (husband Patrick); his son Matthew Clark Burmood (wife Shana); and his grandchildren, Owen Matthew Kramer, Clay William Kramer, Audrey Anne Kramer, Juliette Anais Kahn, Luke Frederic Kahn, and Samuel Gregory Burmood. Terry was lovingly known as "Granddad." Terry is also survived by his brothers, Thorval, Raymond and Robert, many beloved nieces and nephews, and countless friends from throughout his life. Terry's celebration of life service will be held Saturday, February 5, 2021 at 10:00 am at Faith Community Church, 11501 Walker Avenue, Seminole, FL 33772. In lieu of flowers, donations can be made in Terry's memory to Suncoast Hospice Online Donations - Suncoast Hospice - Life-Changing Care for More Than 40 Years or St. Jude's Children's Research Hospital. Donate now to St. Jude and help kids fighting cancer.

To send flowers to the family or plant a tree in memory of Terry Burmood, please visit Tribute Store
Saturday
5
February

Share Your Memory of
Terry
Upload Your Memory View All Memories
Be the first to upload a memory!
Share A Memory
Send Flowers