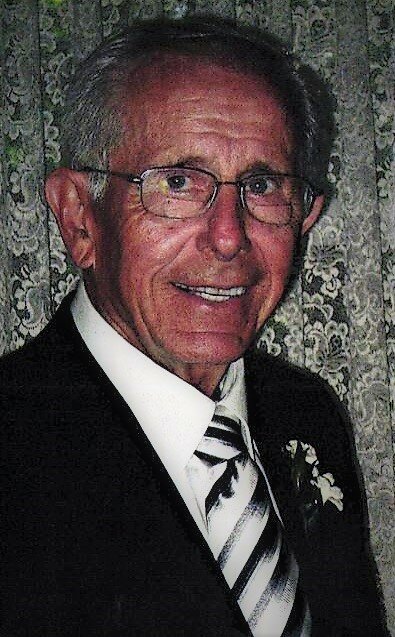 Jonas “John” Sukys blessed this world with his arrival July 28th, 1931 and entered his eternal rest on May 9th, 2022. He was born in Ruksniai, Lithuania, and immigrated to the United States with his Mother, Father, two sisters and one brother when they were displaced during WWII. For several years he and his family worked on a farm in Coloma, MI, eventually relocating to the Benton Harbor/ St.Joe area. Jonas began his printing career with the Williams Brothers Box factory, and excelled in his craft, which became a lifelong career for him. He relocated to Seminole, FL in the 1980’s with his beloved wife of nearly 63 years, Judith. His four children, Vytas, John, Terese and Elizabeth had ventured out into the world on their own at this point to try their hand at spreading the joy and service to others that their father brought to this world in their own way.

John, who never met a stranger, and would go out of his way to make friends and help others, has gone ahead to prepare a place for his wife Judith, his four children with their spouses, twelve grandchildren, nineteen great grandchildren, his sister Agota Gustainis, many nephews, nieces, and countless friends and acquaintances.

Jonas was a wonderful husband, a very hard worker, a spectacular father and stellar example to his children in his love for God, family, and helping his fellow citizens of his adopted and beloved country. He truly was a beloved husband, father, “Opa”, Brother-in-law and uncle and we will all miss him dearly. We move forward with the cherished memories that he gave to each of us. Farewell John.

To send flowers to the family or plant a tree in memory of Jonas Sukys, please visit Tribute Store
Wednesday
18
May

Share Your Memory of
Jonas
Upload Your Memory View All Memories
Be the first to upload a memory!
Share A Memory
Send Flowers