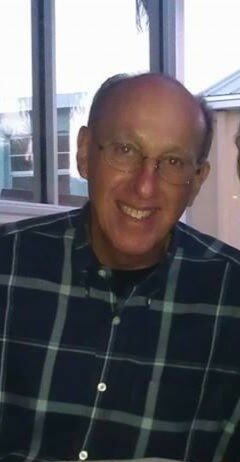 Bob passed away peacefully on November 22, 2022. His long brave battle with Parkinson’s is now ended. He was surrounded by family at the time he passed. His loving wife, Nora sat holding his hand on his left side and his adoring daughter, Heather sat to his right holding that hand. His brother Eddie was also there quietly playing harmonica tunes to which Bob responded positively. Bob is survived by his wife Nora (Tompkins), daughters Sheila Siegel of Sarasota, Wendy Siegel of Maryland, Heather Siegel of Clearwater and sons Daniel of Tampa and David of Chapel Hill, NC.  He is also survived by his brother Eddie Siegel of Springhill, grandchildren Elliott, Vivian, Rebecca, and Declan. Bob was preceded in death by his father David, mother Betty and sister Vicki. Bob graduated with a Bachelor’s of Arts degree from Washington University in St. Louis, MO and received his medical degree from University of Illinois in Chicago.  He was a highly respected physician practicing anesthesiology and pain management. He was a loving father to whom family, including aunts, uncles and cousins, meant everything. He was an outstanding big brother. He loved music, especially rock and roll, played guitar, piano and harmonica. He enjoyed playing ping pong and had a passion for baseball. He was greatly loved and will be greatly missed.

A gathering of family and friends will take place on Saturday November 26th at Reese Funeral Home at 3:00 pm with a memorial service to follow at 4:00pm. In lieu, of flowers a memorial donation to the Parkinson's Foundation can be made in Bob's memory.

To send flowers to the family or plant a tree in memory of Robert Siegel , please visit Tribute Store
Saturday
26
November

Share Your Memory of
Robert
Upload Your Memory View All Memories
Be the first to upload a memory!
Share A Memory
Send Flowers