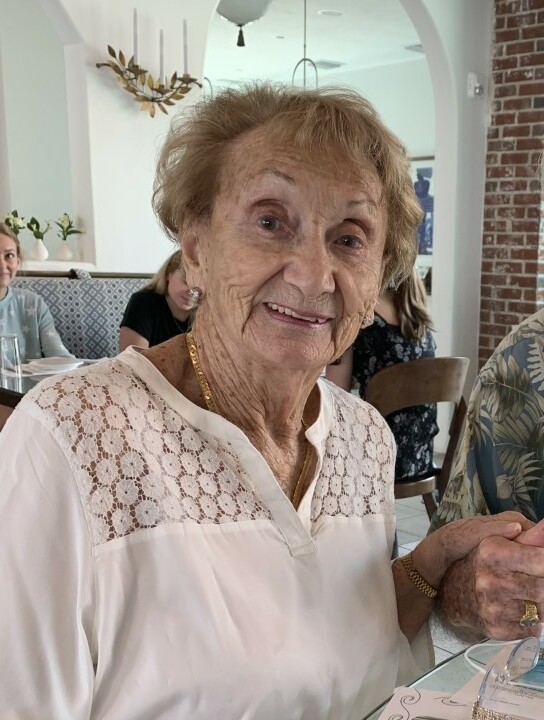 Dee Wetmore Howard 92, of Tampa/Clearwater Fl, passed away peacefully at home on December 21, 2022, surrounded by her family and close friends. She was born July 3, 1930, in Detroit Michigan to Louis and Sophia Diniakos. She is survived by her husband Johnie E. Howard, daughter Jane (Kenneth) Silas, six grandchildren, seven great grandchildren, and her beloved dog Foxie. Dee was predeceased by her brothers John and Gus Diniakos, sister Mary Chalk, daughter Maryann Wetmore, and son Hugh S. Wetmore. She was raised in an orphanage in New York City and spoke of a childhood full of wonderful activities and strict regimented schooling that helped shape her into the woman she grew up to be. Dee started her career by opening a secretarial service which she expanded to become the largest paging network in the Southeast. She was the first woman owner in radio common carriers, thus becoming a leader in the industry at the time. She led a successful career creating Westside Communications which operated for 25 years, and Mission Bell Car Wash in 1989 which remains open to this day. She was also very active within the community, holding various titles within many organizations, all while being a single mother of three children. After she retired at 54 yrs. old, she became an avid tennis and golf player. She won many championships with her husband Johnie and even competed in the Senior Olympics in tennis. Dee always said she had lived her life to its fullest potential and did everything she wanted to accomplish. She was a true gem, and there will never be another woman like her. A memorial service will be held at Landmark Baptist Church on January 7, 2023, at 1pm.

In lieu of flowers, the family requests donations be made to the Princess Nora’s Warrior Foundation, a nonprofit childhood cancer organization.

Share Your Memory of
Dee
Upload Your Memory View All Memories
Be the first to upload a memory!
Share A Memory