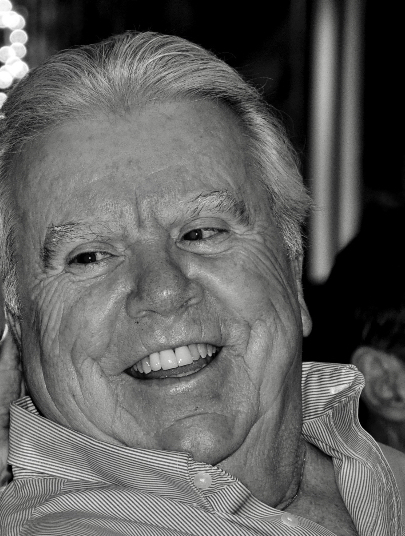 On January 18, 2023 our beloved Richard (Dick) Boucher was called home. His full life will be marked by a massive impression of influence made on all who knew him, especially his cherished family.

Born March 9, 1939 in Detroit, MI, Dick was one of eight children to Paul and Patricia Boucher and as such, quickly learned the value of resilience and strength of his large loving family. He attended St. Gregory School, where his kind and fun personality made him many lifelong friends. He continued those friendships for almost 70 years, enjoying annual golf outings and get togethers.

After graduating high school in 1957, Dick joined the U.S. Army and served as part of an Honor Guard Unit for most of his active duty. Following his discharge from the service, Dick found the calling of his career with the Detroit Police Department. Here he brought together his street smarts and savvy with a kind and generous heart that served the community well. Lots of people could be said to be a balance of tough and tender, but Dick always knew when to, and how to play those hands, and that’s what made him so special.

During this time, Dick met the love of his life, Judy and they raised 3 children together (Denise, Rick and Ron). If family was a source of strength for Dick, none was more so than his wife Judy. Through it all, she kept him cared for, inspired and unimaginably loved. Their home became a reflection of his open and welcoming arms, always there for family and friends near and far. Whether for holidays or the many impromptu get togethers, their home was continually full of love, laughter and of course, singing.

After earning a degree in Criminal Justice from Madonna University, Dick took early retirement from the force after 25 years. A few stints in the hospitality security industry then led the family to sunny Florida. There he reconnected with his old school friend, Bob Chouinard and went to work with Bob in custom home building and real estate. Lastly, his working life proudly wrapped up as Facilities Director for Pinellas County Head Start. Through this latter stage, he could be just as easily seen planning and managing large construction projects as rolling on the floor, laughing and playing with his grandchildren.

Through his life’s rich experiences, Dick was best known for providing the kind of love and guidance that transcends generations. Notions like the discipline of good habits, mixed with ample amounts of fun, will lay the foundation for a well-lived life.

His life taught us the ever-optimistic lesson that even when things don’t go your way, that if you roll with the punches and have a strong circle of family and loved ones to lean on, you can handle anything. That, and “Above all, be cool”.

To send flowers to the family or plant a tree in memory of Richard Boucher, please visit Tribute Store
Sunday
22
January

Share Your Memory of
Richard
Upload Your Memory View All Memories
Be the first to upload a memory!
Share A Memory
Send Flowers