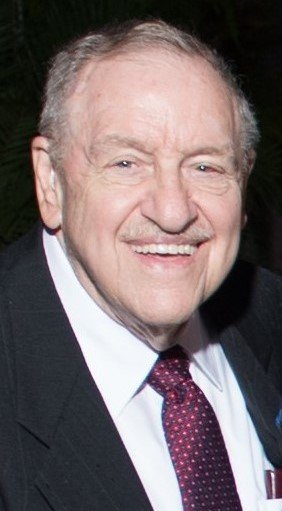 Obituary of Stanford A Ferris

Stanford a beloved husband, father, grandfather, great grandfather, brother in law, cousin and uncle.  He will be missed greatly by family and friends but now present with his Lord, Jesus Christ.

Stan always had a big smile and was always friendly to everyone he met and generous by paying it forward.  Stanford was successful in several versatile occupations. He was Co-Owner of Deluxe dry cleaners in Hamilton, Ohio.  He enjoyed meeting people and sharing his faith whenever possible.  He and his wife were owners of an industrial and party catering company called Katerama and Imperial Catering in Hamilton, Ohio.  He and his wife decided to move to Clearwater, Florida where he resided for over 40 years working in the sales area of the security and fire alarm companies.  His joy was singing tenor in a southern gospel quartet called The Chancellor Gospel Quartet and nicknamed “Tulip” for singing tenor and later became the church choir director at Bethel Christian and Missionary Alliance church in Hamilton, Ohio.  He loved to sing and he then became an active choir member of Calvary Baptist Church in Clearwater, Florida. He was an active member of the Kiwanis of Seminole and would love to make pancakes for everyone.

An intimate family celebration of life will be held at a later date remembering all the fun things that dad loved to do such as play games, cards especially Uno and Kings on the Corner.  We will also be preparing one of dad’s favorite meals, Philly Cheese Steak and an O’Doul’s.

In lieu of flowers or donations for any friends of Dad’s, please forward a few memories in a card and send them to Alan and Belinda’s home address to share with Etta Ferris.

To send flowers to the family or plant a tree in memory of Stanford Ferris, please visit Tribute Store

Share Your Memory of
Stanford
Upload Your Memory View All Memories
Be the first to upload a memory!
Share A Memory
Send Flowers