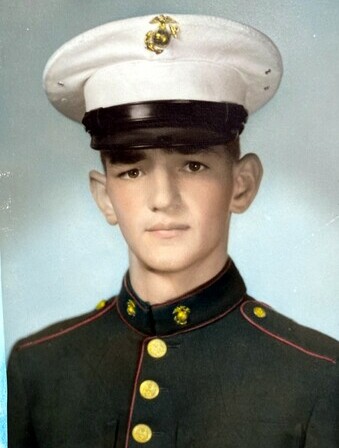 Paul was born and raised in Spring Valley, New York, and lived there until he enlisted in the United States Marine Corps at age 17 to serve as an infantryman in the Korean War. After completing his tour on active duty, he returned home and chose to serve his community as a police officer with the Spring Valley Police Department. Shortly after joining the force, Paul married the former Anna Mae Orlandi and raised his family in Spring Valley. Over three decades, Paul achieved the highest ranks in both military and civil service. He remained active in the Marine Corps Reserve until his retirement in 1985 at the rank of Master Gunnery Sergeant and completed his career with Spring Valley PD, where he served as Chief of Police from 1982 until his retirement in 1988.

Over the ensuing three decades, Paul beat cancer once; relocated twice, first to his hunting cabin in the mountains outside of Downsville, NY, and then to his condo in Long Bayou, St. Petersburg, FL; was remarried to his soulmate, Maria Tavolacci; and generally relished his new role as “Grandpa.”

He was preceded in death by his parents, Stephen and Miriam Toth; his brother, Louis; and his first wife, Anne.

Throughout his life, Paul was a veritable force to be reckoned with; a steadfast Marine, policeman, husband, father, grandfather, and great-grandfather. He was also an avid reader, a begrudging Yankees fan, a marksman, a hunter, and a storyteller. The Chief was in his element while holding court around the dining table of his hunting cabin, “The Ponderosa.”

Paul is survived by his loving wife Maria Tavolacci Toth of St. Petersburg, FL; his sisters, Joan and Dale; his son Paul A. Toth, Jr. and his wife Tracey of Coral Springs, FL; his son Stephen Toth and his wife Gail of The Villages, FL; his four grandchildren, Stephen, Lauren, Paul (III), and Juliana; and his two-great grandsons: Mason and Logan.

In lieu of flowers, memorial donations may be made to the American Cancer Society and the Tunnel to Towers Foundation.

Share Your Memory of
Paul
Upload Your Memory View All Memories
Be the first to upload a memory!
Share A Memory